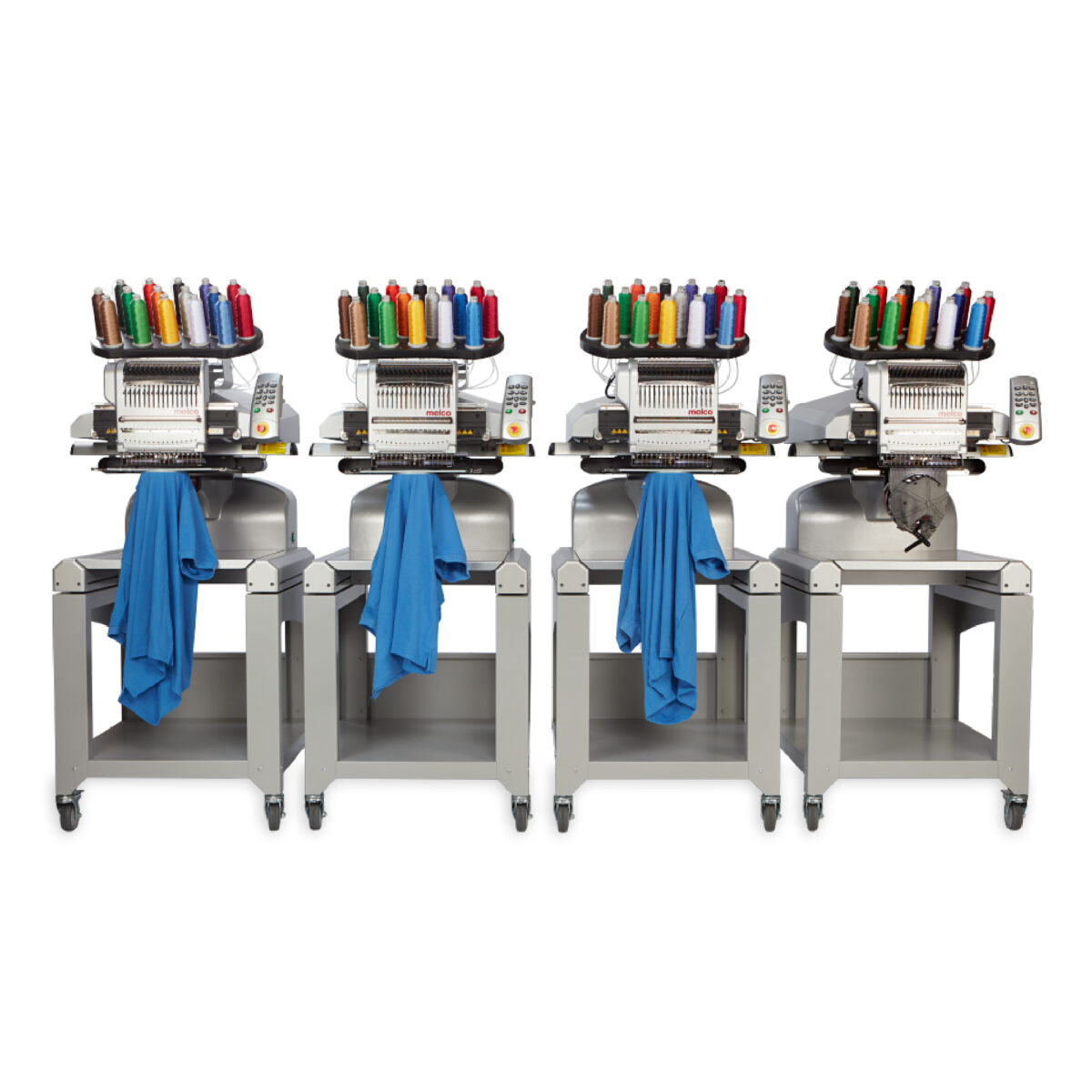 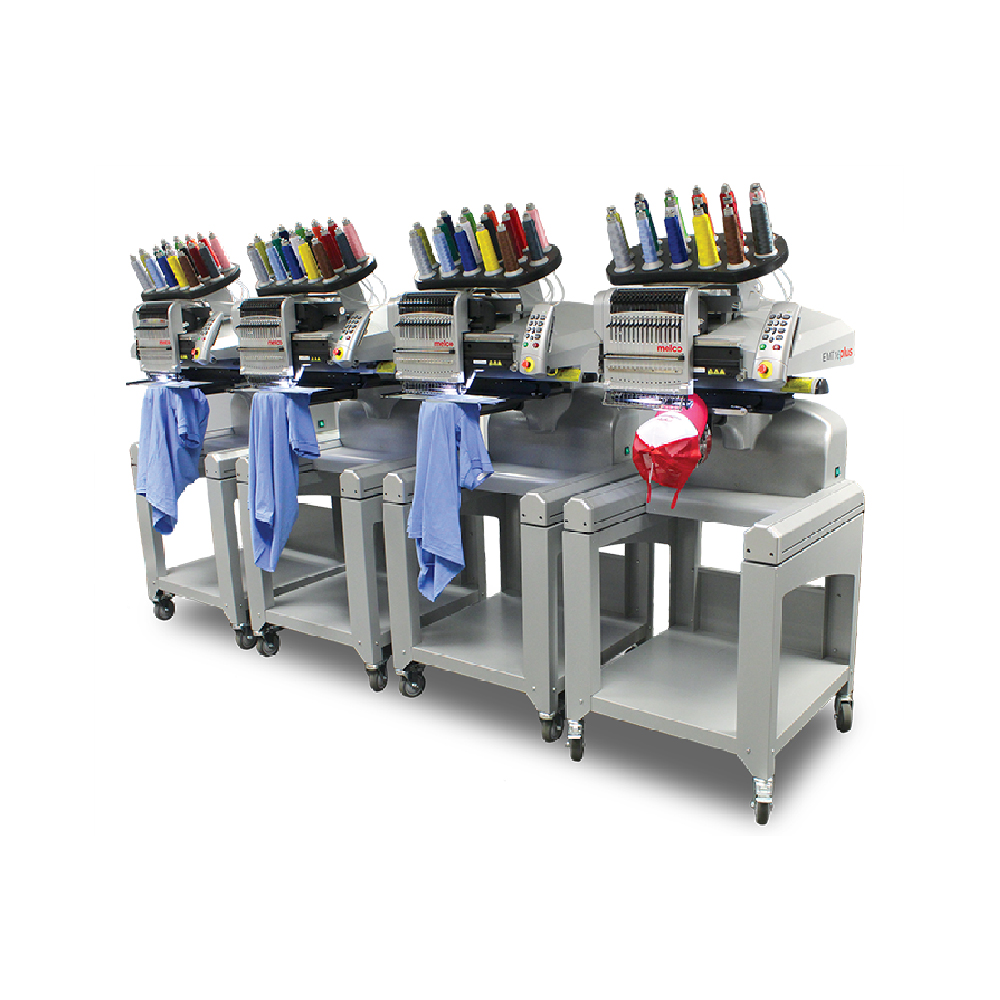 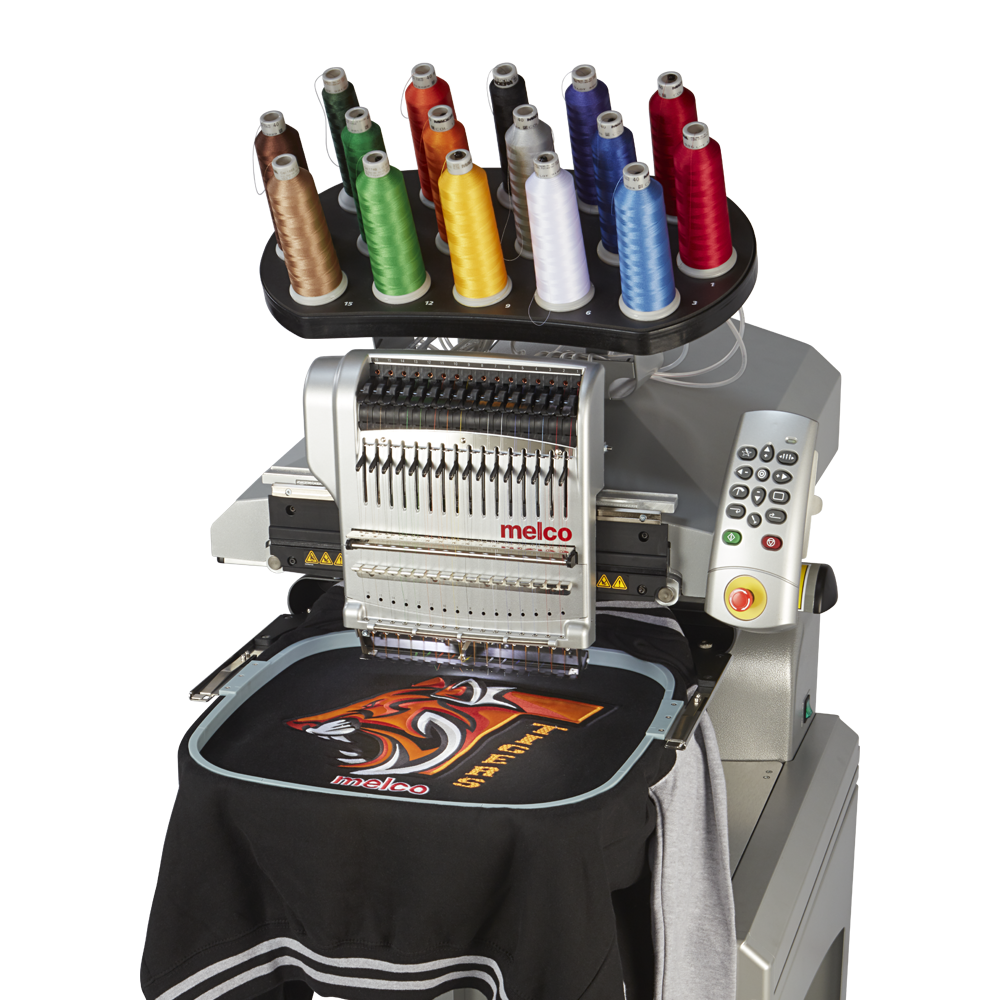 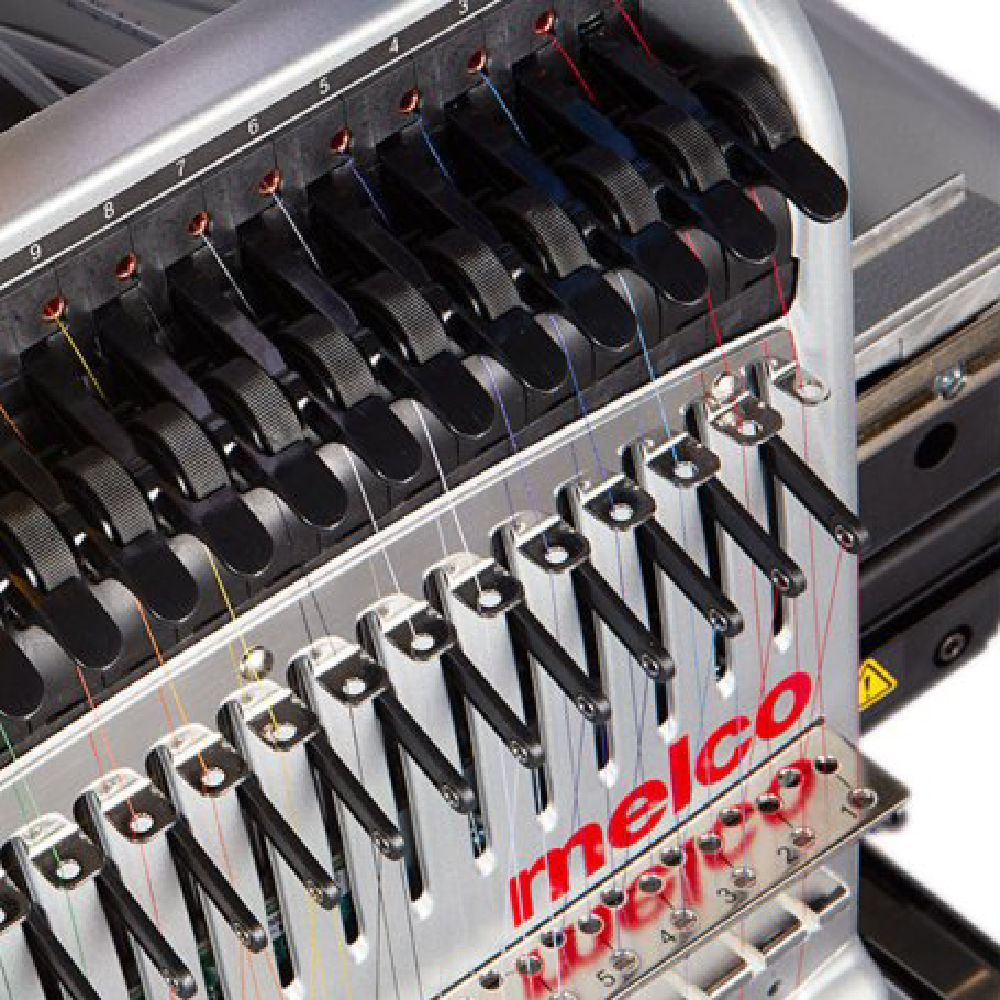 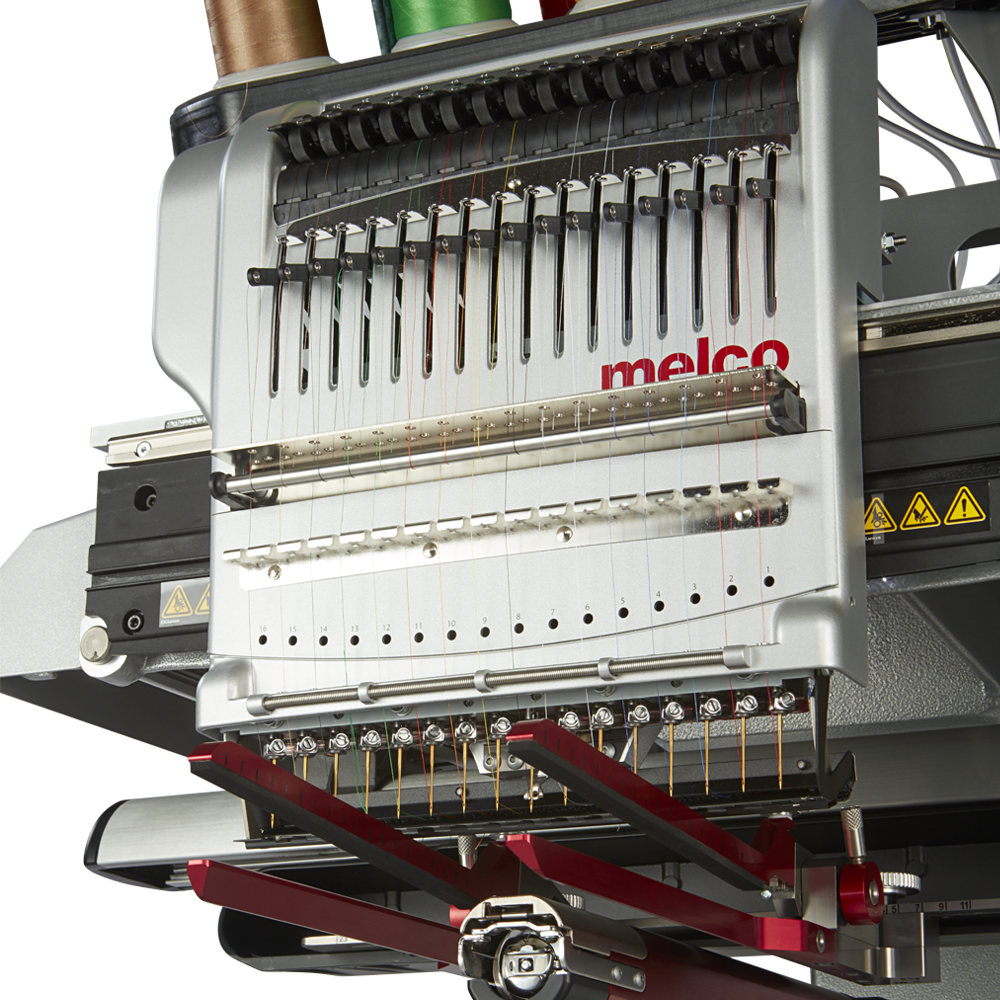 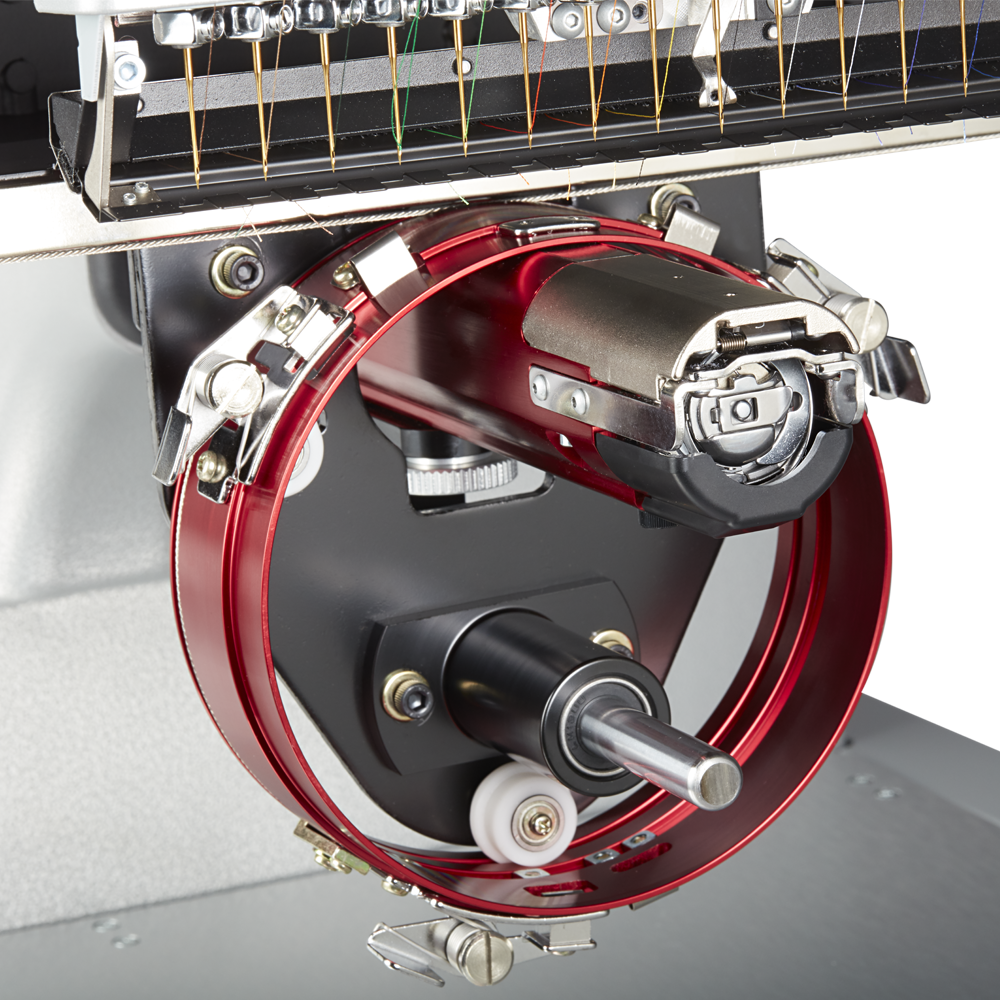 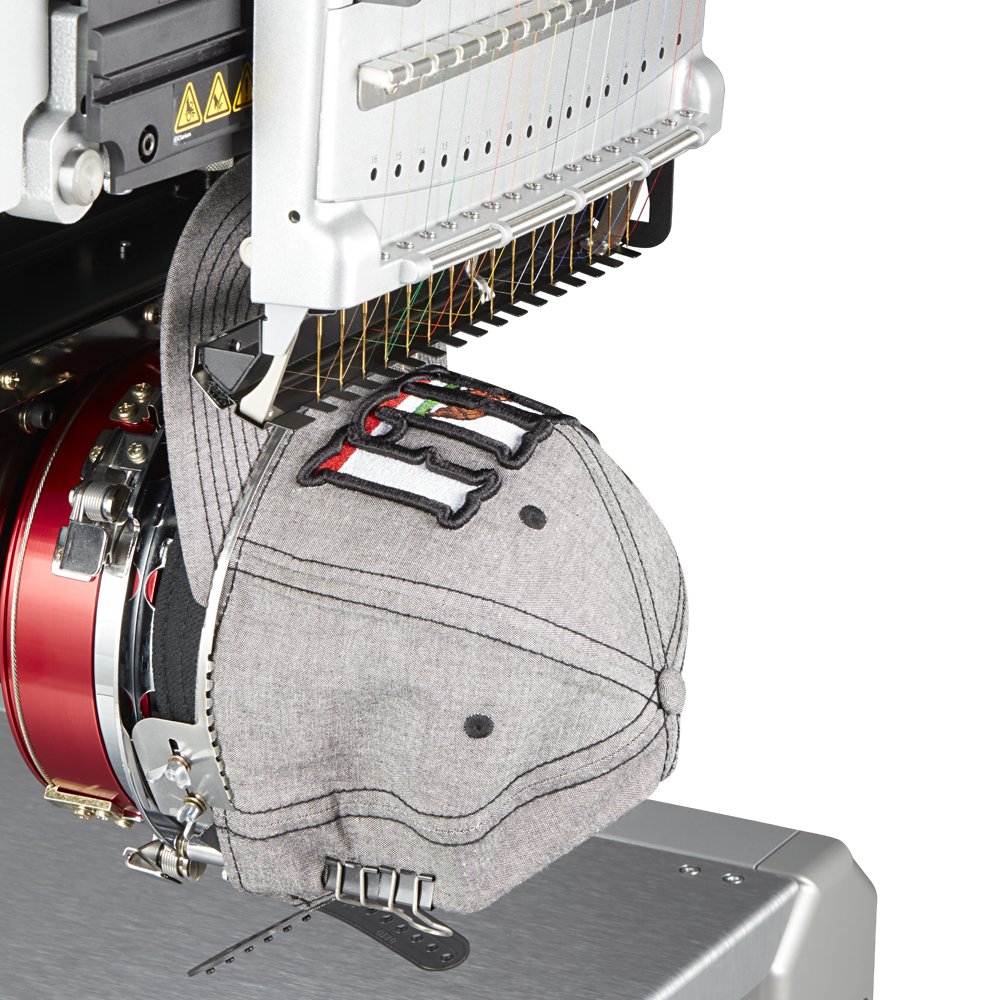 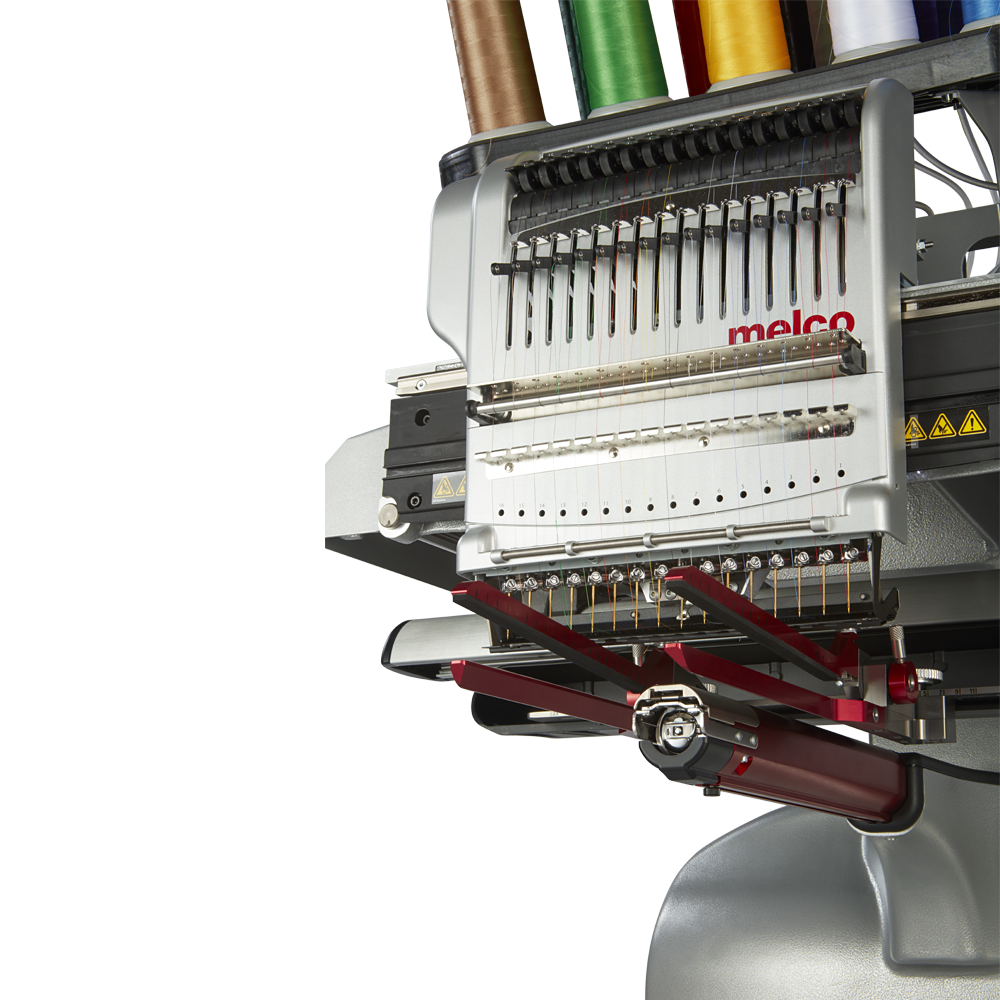 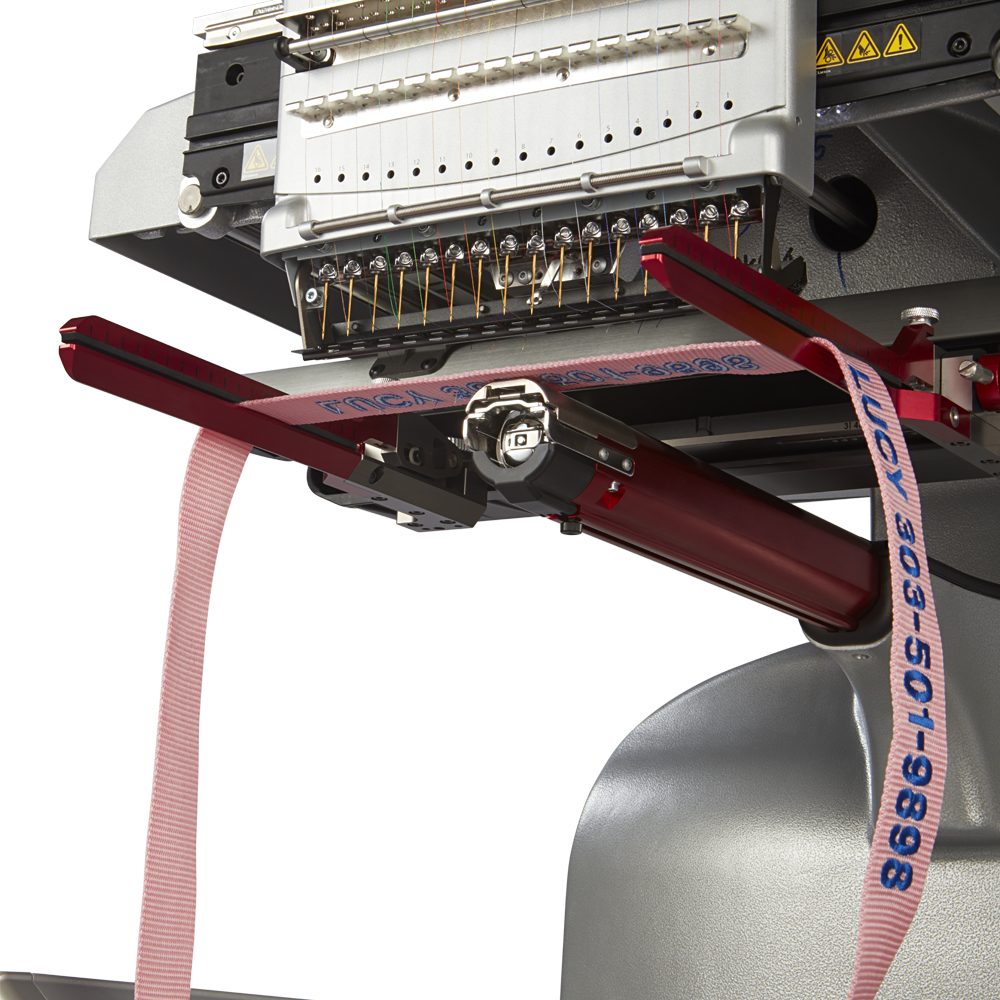 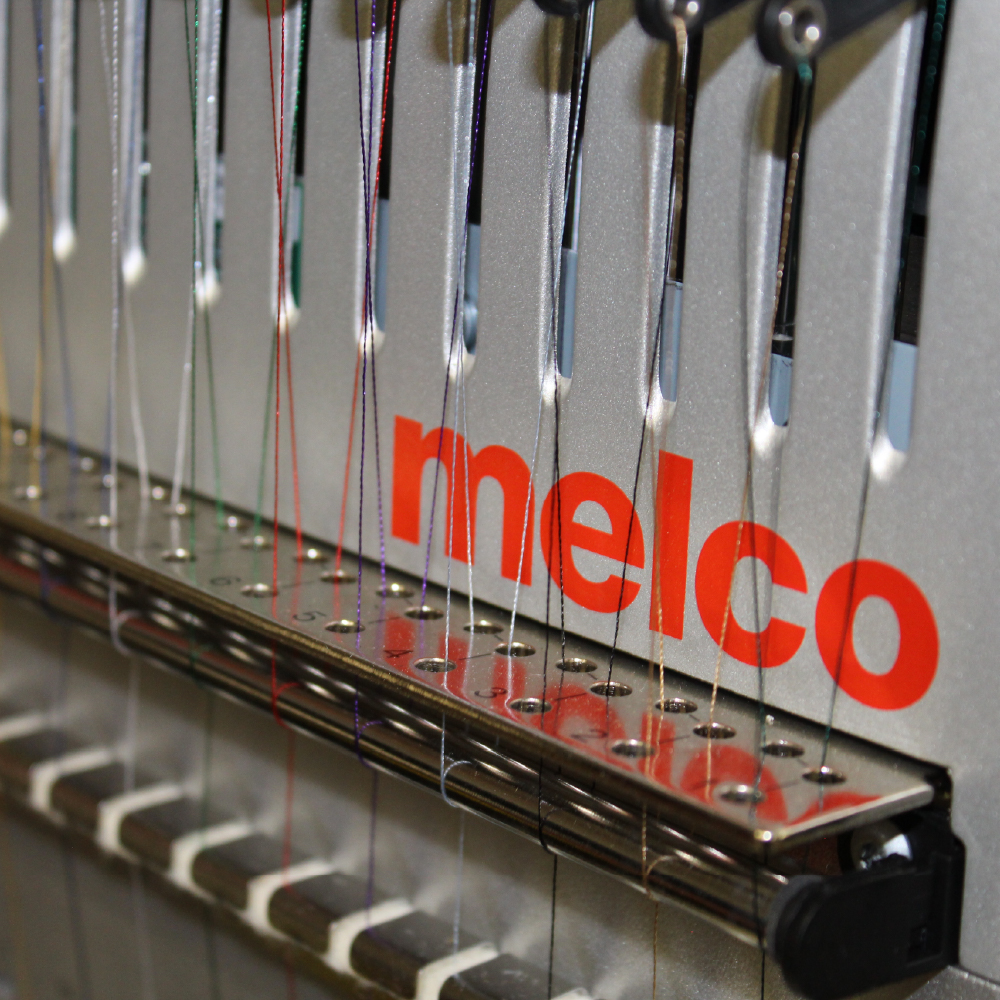 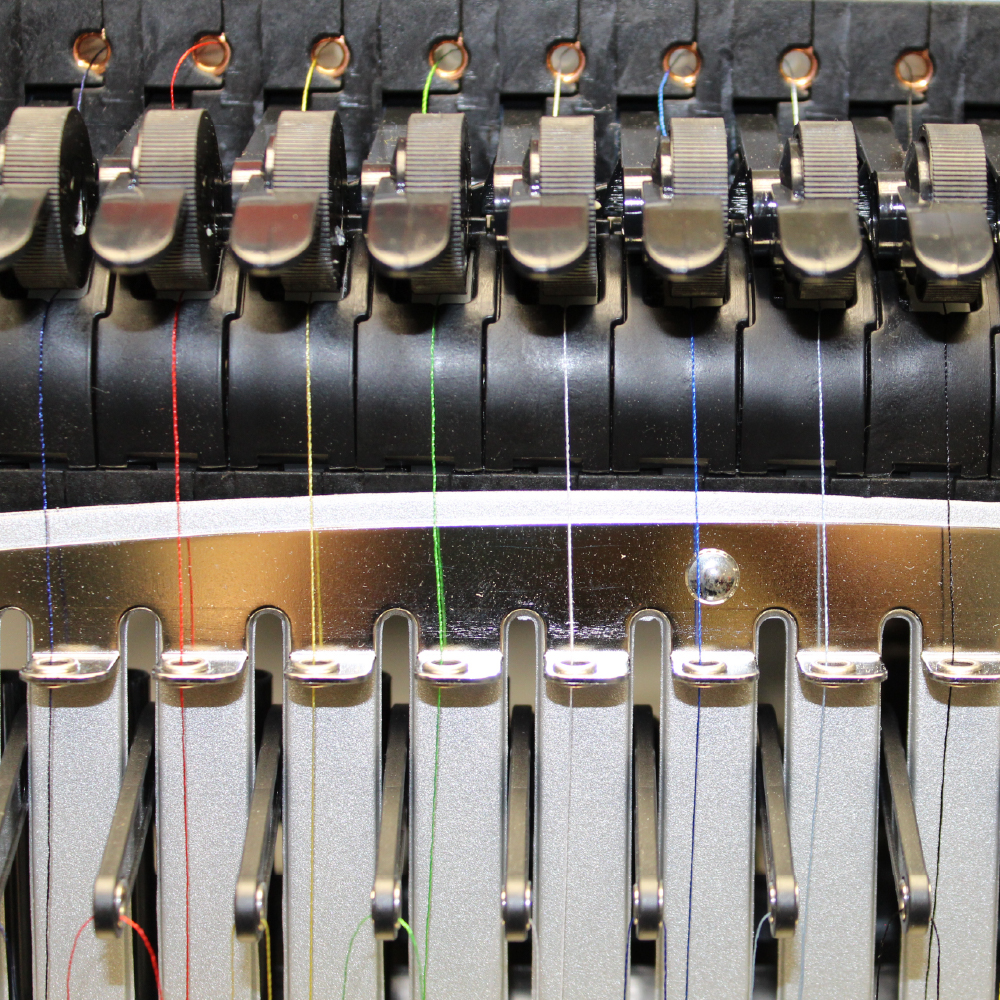 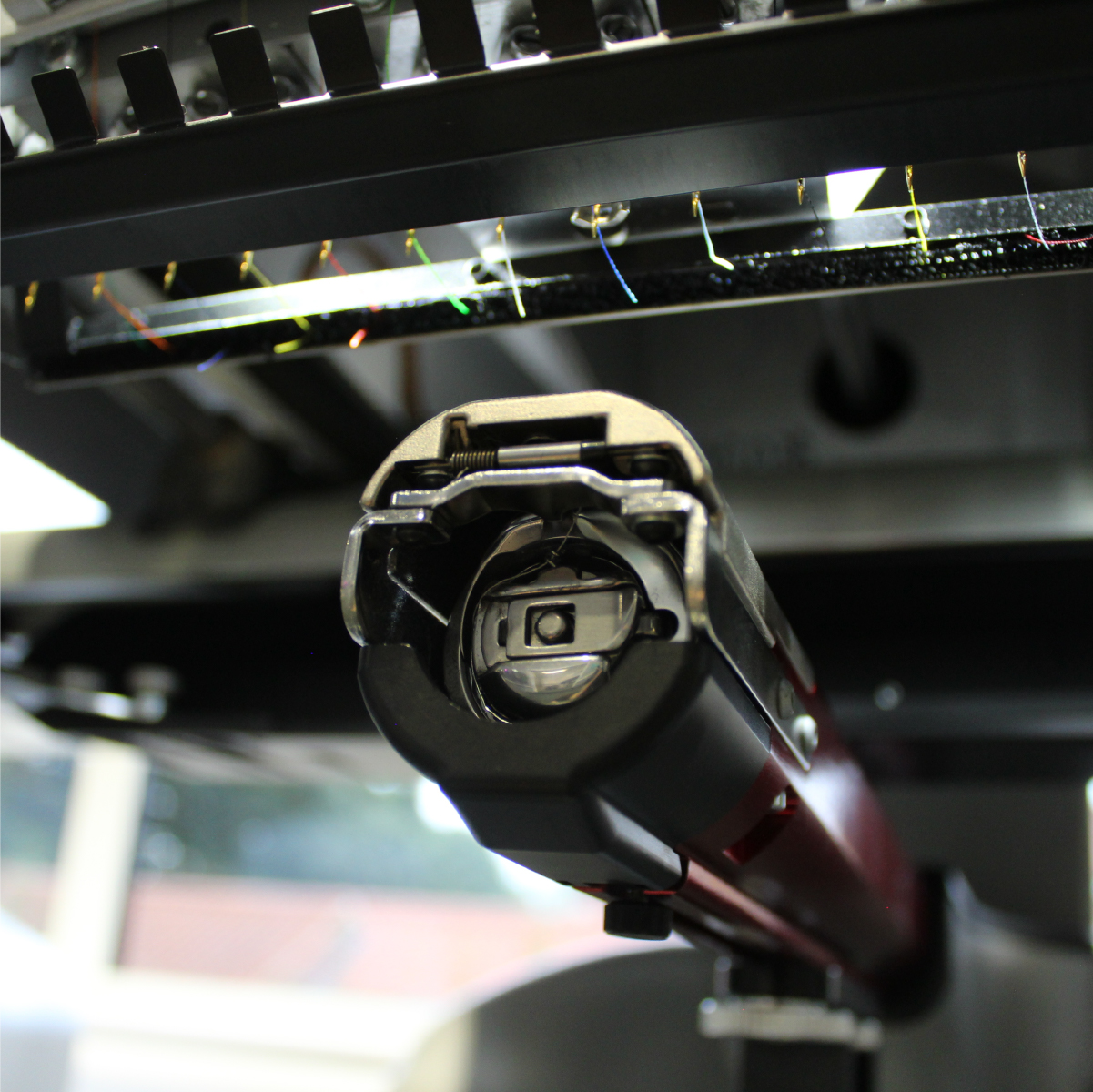 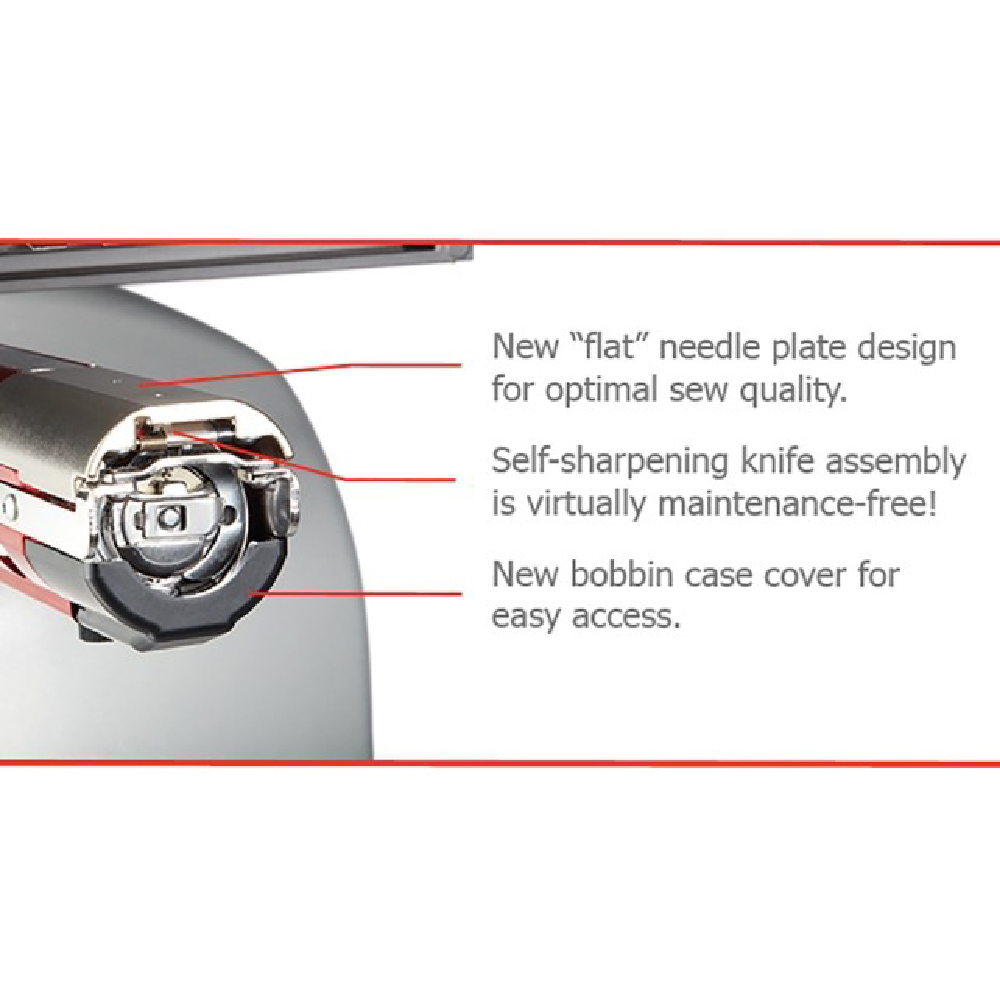 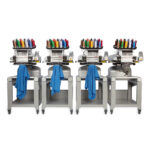 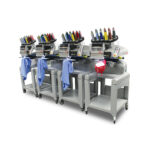 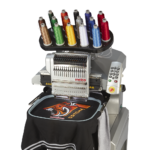 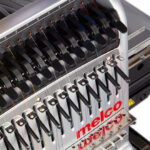 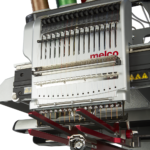 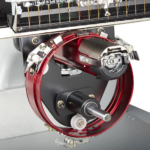 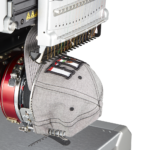 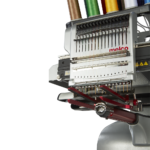 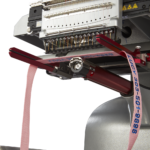 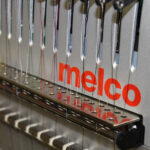 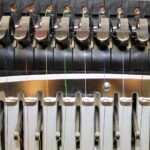 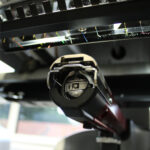 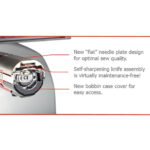 Remember that because the Melco system is modular you can start with one head or as many as you want and then add on when you require.

Visit one of our showrooms and put the Melco to the test and see how they can make your embroidery production much more efficient.

Spread your payments with our leasing and finance facilities.

Notice: Most inks, toners and consumables have expiry dates, please bear this in mind if ordering in bulk!

Forever transfers papers are only suitable for use with LASER PRINTERS.

The Melco EMT16X is extremely versatile, it’s multi-head configurations can adapt to all production demands. Head for head there is no comparison. The Melco EMT16X multi-head embroidery machines stitch independently, so each head can be configured to handle any job you throw at it. Start with a single-head and add more as your business grows!

Melco EMT16X commercial embroidery machines operate independently of each other, on the same network. Imagine running a large embroidery order on your multi-head system. Suddenly, there is a thread break on head number two. With Melco EMT16X, all other heads will keep running while the thread break is fixed on head two. In contrast, all heads on a conventional system will stop until the problem is fixed.

Here’s another scenario. Imagine you’re in the middle of a high-volume production run, all of your heads are working to produce a left chest logo on a polo shirt. Suddenly you get an order for 10 hats, and it’s a rush job. With EMT16X, you can pull a single head from the production run and set it up to produce the hat order. This is all done on the same system, using the same computer on a single network.

With a modest capital investment and just a few hours of training, you can be generating substantial revenues for your apparel decoration business in no time. Melco equipment requires minimal operating cost, keeping your overhead and labour costs low. ROI is achieved in as little as 11 months, based on an average of 5 embroidered garments per day, or about 45 minutes of machine run time per day.

You will find generations of Melco embroidery machines in factories and production floors thoughout the world. We are an American company, world-wide.

With our flexible financing/leasing options, a brand new EMT16X modular embroidery system with software, training, and warranty plan can be yours for one low monthly payment. Contact us today for more details and pricing.

Real-world example of ROI with an EMT16X single-head embroidery system: Purchase 24 caps at a wholesale cost of £1.25 each for a total cost of £30. With EMT16X, you can embroider those caps in as little as two hours and sell them for around £10 each £10 x 24 equals £240. That’s enough revenue to easily cover a typical monthly payment for a brand new EMT16X, from a single embroidery order.

What can you embroider on?

Production efficiency is key to maximizing profit. Melco EMT16X commercial embroidery machines operate independently of each other on a computer network, resulting in little to no down-time in multi head production!

How Does Multi-head Production Work?

Melco embroidery machines are part of a computer network. The Melco Operating System, or MOS, controls each embroidery machine individually, which gives production managers the flexibility to produce different embroidery designs on each machine at the same time.

Here is a common scenario: Imagine running a large embroidery order on an EMT16X modular 4-head network. Suddenly, machine Number 2 has stopped for a bobbin change. With Melco EMT16X, the other three embroidery machines are not affected by the stoppage of one machine. At speeds up to 1500 stitches per minute, this means that while machine Number 2 was stopped for a bobbin change, the other machines still put down 4,500 total stitches. Using a conventional multi-head embroidery machine, that one minute of downtime would have literally cost up to 4,500 stitches in production. But with the EMT16X super efficient system, it is possible to completely eliminate downtime in multi-head embroidery production.

What if I Still Need a Single-head Embroidery Machine for Rush Orders?

Your multi-head Melco embroidery machine network grows with your business! 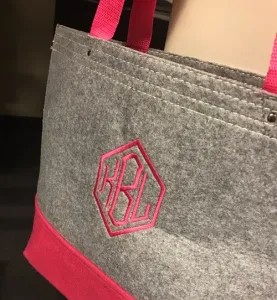 You've just added this product to the cart:

This website uses cookies to improve your experience while you navigate through the website. Out of these, the cookies that are categorized as necessary are stored on your browser as they are essential for the working of basic functionalities of the website. We also use third-party cookies that help us analyze and understand how you use this website. These cookies will be stored in your browser only with your consent. You also have the option to opt-out of these cookies. But opting out of some of these cookies may affect your browsing experience.
Necessary Always Enabled
Necessary cookies are absolutely essential for the website to function properly. These cookies ensure basic functionalities and security features of the website, anonymously.
Functional
Functional cookies help to perform certain functionalities like sharing the content of the website on social media platforms, collect feedback, and other third-party features.
Performance
Performance cookies are used to understand and analyze the key performance indexes of the website which helps in delivering a better user experience for the visitors.
Analytics
Analytical cookies are used to understand how visitors interact with the website. These cookies help provide information on metrics the number of visitors, bounce rate, traffic source, etc.
Advertisement
Advertisement cookies are used to provide visitors with relevant ads and marketing campaigns. These cookies track visitors across websites and collect information to provide customized ads.
Others
Other uncategorized cookies are those that are being analyzed and have not been classified into a category as yet.
SAVE & ACCEPT
Powered by